Another wonderful day on the water at Sailability Manly. The day was absolutely sparkling when our crew arrived early this morning to put 6 303’s and the 2 2.3’s on the water.

As Sailing Coordinator, Ray was in charge of allocating positions and keeping the day running smoothly. Rigging was carried out supervised by Denis. Help from Brian, Col, Barry, Jim G, ensured that the boats were taken to the pontoon to be placed in the water by David W with support from Phill, Byron and Sue.

By the time this action was completed, our friends from Royal Far West had arrived and we swung into action. Barry took over on Charlie’s Chariot with Kandy as observer, this task soon taken over by Corey, when he had completed his early registration post. Sailors Ivan, John B, Jim G Photo of Denis and Joshand Jim Y, Michael, John C took to the water with Jonas, Jono, Josh, Gabby, Taylor, Charlie, Stephanie, Ambrose and Ryan, while Bronnie elected to be the red-flag girl on Charlie’s Chariot.Photo of Bronnie, red-flagging ING

We all appreciated the constant North Easterly on Manly Cove. A special mention this morning to Michael, who comes up all the way from Helensburgh, near Wollongong, and has been practising for months for this role, and finally has enough confidence to just get in there and ‘do it’. Denis, you have been a great teacher and mate to Michael over the months.

In the meantime, Alan took to the water in Clea, and just stayed out there the rest of the morning practising his runs, tacks and gybes until he feels confident of making his mark on the Regatta coming up on the 20th of the month.

Truscott St kids arrived by the time we got the RFW kids back in, and there was a seamless interchange. Our hats go off to the carers, teachers, parent helpers and siblings of these children who came all the way from Ryde for a Christmas sail with us. Lliam, Harry, Sian, Mila, Photo of Mila, with the post-sail grinLiam, Alec, Jasmine, Jin, Jessica, Mustafa, YuYu, Ethan, Nicky, Annabelle and Amelia all tried sailing. Amelia takes our bravery award today, sitting and snuggling into Mum on the boat, butPhoto of Jasmine and her teacher preparing to get into the boat needed to be brought back within a few minutes, as the brave fairies deserted her. Close behind was Nicky, who experienced Charlie’s Chariot first, then decided to try sailing. Again, the bravery super-heroes supported him for around 10 minutes, then courage failed and he was returned to the pontoon. Hopefully, both these children will return in February, fully armed against the scaredy cats. Big brother Alec sailed with Liam, and a few Mums, teachers and amelia 300Photo of Jim Y and Jonas’s smileaides supported the smaller children. A hundred million thanks to Cathy and Helen, who were an absolute god-send up on deck, fitting life-jackets, helping children to the pontoon, taking them back and keeping the day running smoothly.

Photo of Philip with the complete set; certificate, small trophy (1st in Servo division) and President’s Cup, with our president, Brian G.

As we were finishing with these kids, Philip arrived for his Wednesday sail, and, helped into the boat by his Dad, sailed off confidently into the blue of Manly Cove for his weekly sailing fix. This gave the crew time to de-rig, wash and store everything away. Breezing back home on a single tack all the way from Reef Beach was Philip’s own feat for the day. 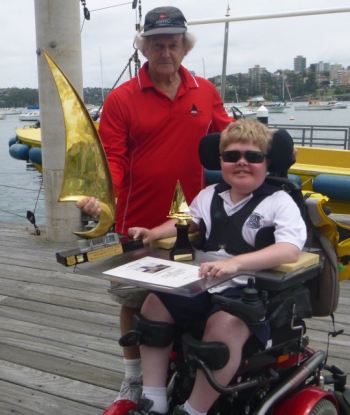 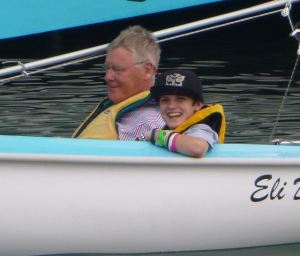 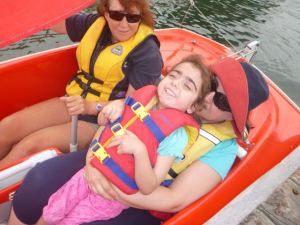 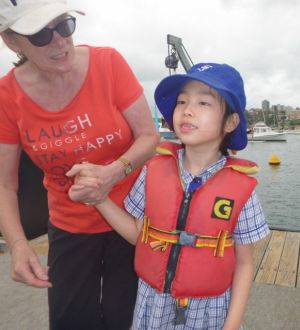 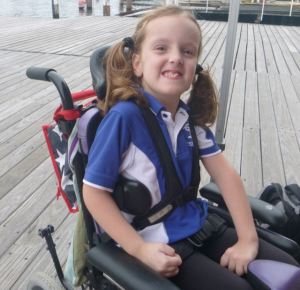 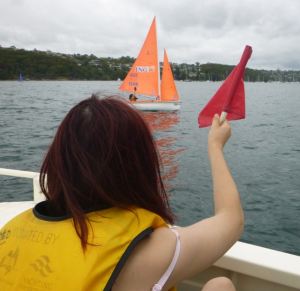 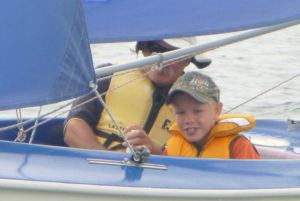