We woke up to blue skies and a swift breeze. The decision was obvious for the last Wednesday of the season….a sailing day is the way to go.

Early bird helpers went down to the Yacht Club and got 7 boats out and rigged.

With Ray in charge and Brian being the Boat Operations Manager, Rowell, Jim Y, Jim G, Tony, John W, Barry, John B and Marc, the boats were taken down to the pontoon and launched under the watchful eye of John W who had taken the role of Pontoon Manager. The wind had stiffened, making furling of some of the boats a must. Some skippers elected to go out with full sails, but most came back for some furling after experiencing the conditions. Barry and Rowell were in the Support Boat.

By this time, Caroline, Ivan, Denis, Byron, Bob, Peter had arrived so we took the boats out for a trial run while waiting for our participant sailors to arrive by mini-van and public transport.

Registrar was Corey, who was not feeling up to observing this morning.

Photo of Joe and his teacher from Arranounbai.Joe, Mikey, Rex, Jonah and Riley were first to arrive and as soon as they were ready, they Photo of Mike, Kevin and Rtex in INGall went off for their sail. Some of these children are so small they need an adult’s knee to sit on for comfort and height, and the volunteers who came with them were happy to oblige. There was swap over of Support Boat crew at this stage to John W, Tony and Jim Y.Photo of Jonah and Bob in ING

Next to come were our lovely DY group: Sam, Winston, Nicholas, Dylon, Talon, Nathan, Sean, James and Lachlan with teacher Carmel and a couple of helpers.

These 9 children all experienced sailing and a ride in the support boat to see the water from a different angle, and all were happy with this arrangement.

Photo of Rob and Winston leaving the pontoon in Black Swan

Last to arrive were Brad, Margie, Stephen, Shelley, Allan, Ellen, Mo, Alyssa, Rob and Charlie from Pymble Sunshine with helpers John and Jack. The amazing thing was that this time, all but Alyssa sailed, so our boats were kept busy until well after lunch.

Next time, our volunteers will be careful to put our bags out of the way, as some eager helper picked up one of our bags in their eagerness to move away at the end of the session, leaving Barry without his car keys, house keys or wallet for a couple of hours until we managed to contact them and retrieve the backpack with everything intact. 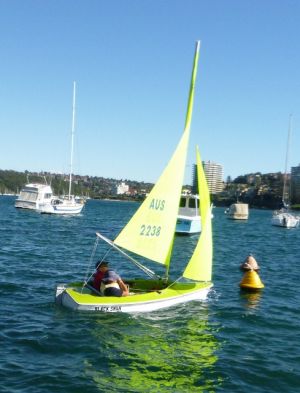 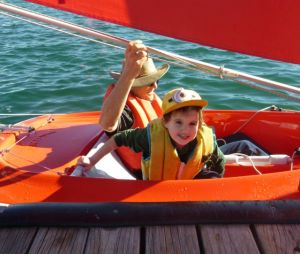 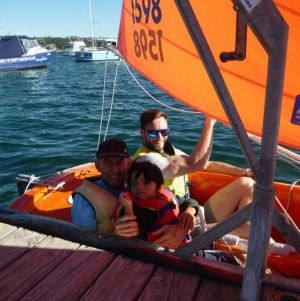 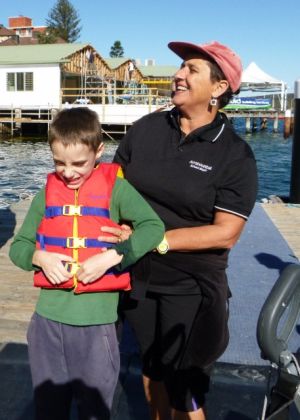