Our regatta was run on a beautiful Summer Day, right at the end of Autumn. This stretch of fine weather is incredible, and perfect for a regatta. The wind started out in the west, a steady 5 to 6 knots, and slowly swung around to the south.

Video shot by Ray Rampton from Charlie’s Chariot, edited and produced by Alan Bimson. Explicit commentary not included,replaced by copyright free track. Below is Crosbie’s GoPro view of the race with before and after the race stills.

Our full fleet of boats were out, including the 2 2.3’s with Alan and Phillip sailing them. We had a team of helpers from early morning to mid-afternoon to help with the rigging and de-rigging, as well as our sailing crews, some of whom doubled as helpers.

Helene had done a magnificent job as Race Organiser, with people turning up at the right time, plenty of staff for Charlie’s Chariot, and Pam Davis running the race. As well as all of this, Helene also provided a magnificent lunch, which kept most of us around socialising after the race until it was all eaten.

The race itself was a triangle to sail around twice, and run twice. 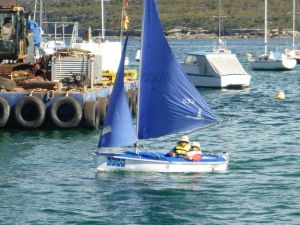 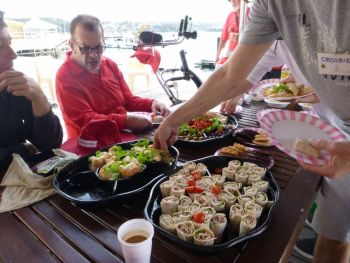 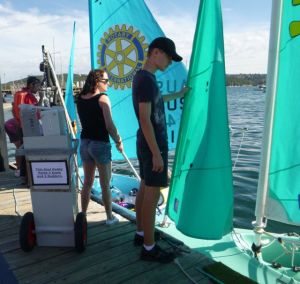 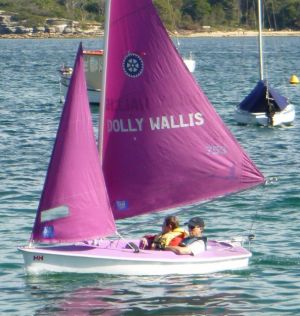