It all began when wishful thinking made for a very shaky start to sailing.

The positive message was put on the web, and sailing went ahead with people who had faith in Eli’s forecasting powers. The wind was at its highest allowable limit, and that rain which kept pouring down had been forecast as a few showers.

Our crew decided to go ahead with some race-training in the less than perfect weather while we waited for our participants to arrive when it improved. We went ahead with the planned racing: John P and Dennis together in Vin, Jim and Sophie in Black Swan, Francois and Michael in Eli D, Denis and Ben in Ralph Newman.

The wind stayed strong, the rain beat down, and these intrepid sailors took to the course laid by John W with gusto. Denis and Ben came first..,a miracle because the boat was full of water. Michael and Dennis T came in 2nd in Eli D, John and Dennis were third, in Vin, and bringing up the rear, just a few short metres behind were Sophie and Jim in Black Swan.

We hurried back to the pontoon to discover that our participants had arrived, the wind had abated a little, and the rain had disappeared.
So, one after the other, Hanlin, Shintaro, Benny, Riley, Harry, Elsa, Ava and Kanga took their turn in the boats. When everyone had had a turn, Shintaro and Riley opted to help with putting the boats away, and in the rapidly improving weather the participants ate their lunch.

We couldn’t have done it today without Helen the Registrar, Corey on the radio, Malcolm, Warwick driving Charlie’s Chariot, Steve, helping with rigging as well as sailors and crew. Thanks so much to Sophie for turning up for her Duke of Edinburgh stint. 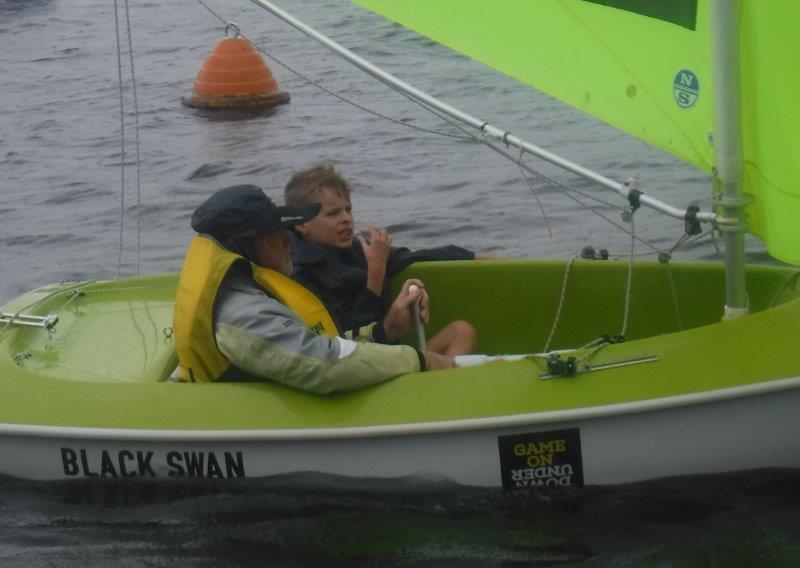 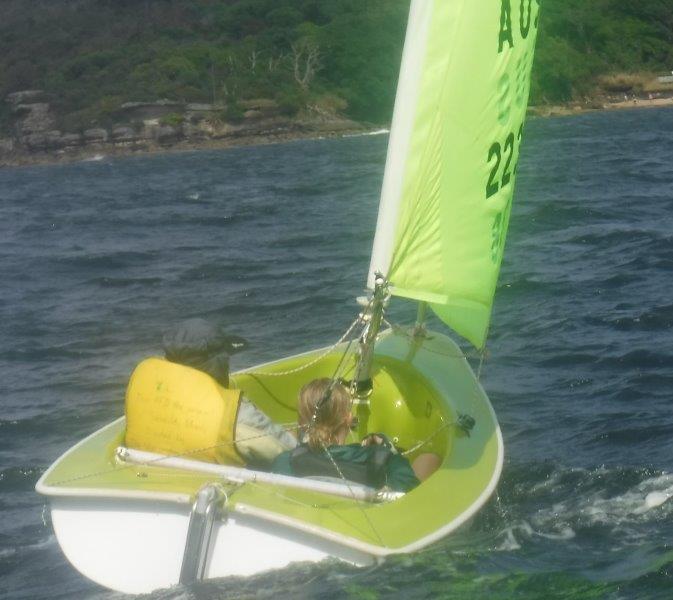 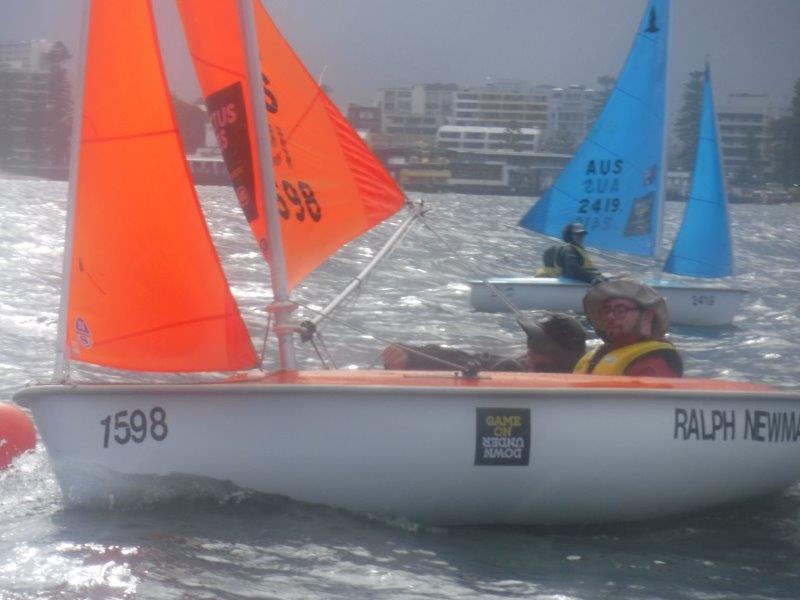 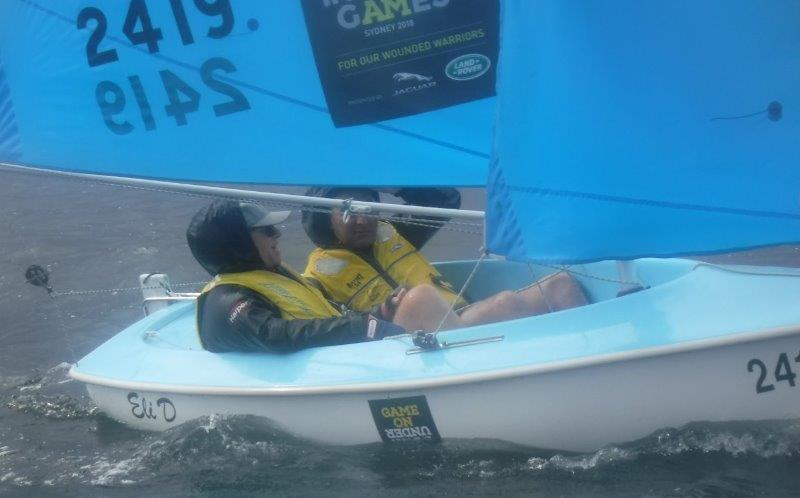 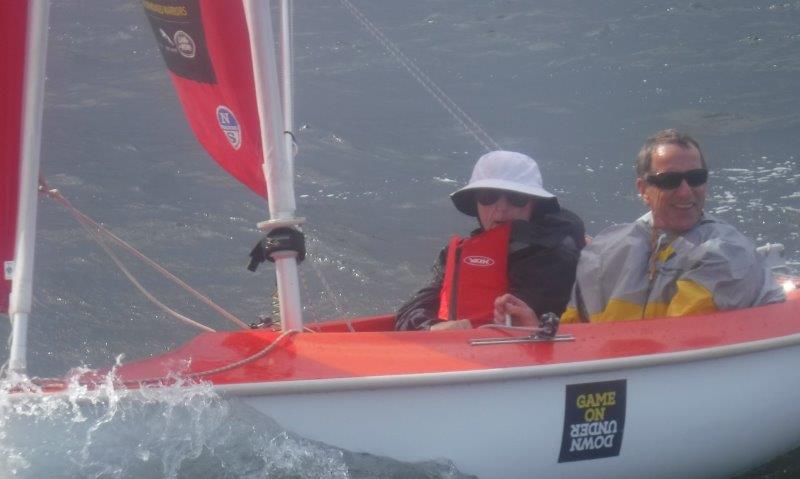 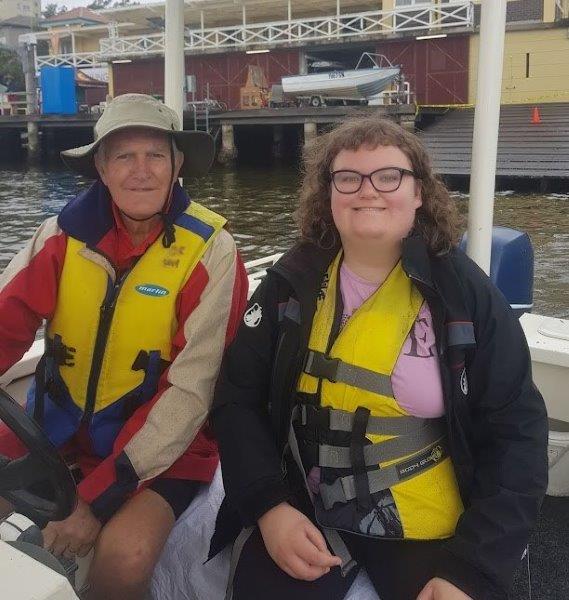 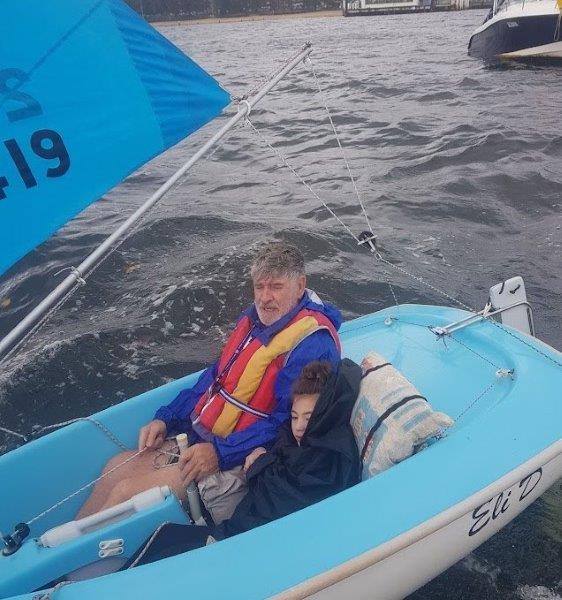 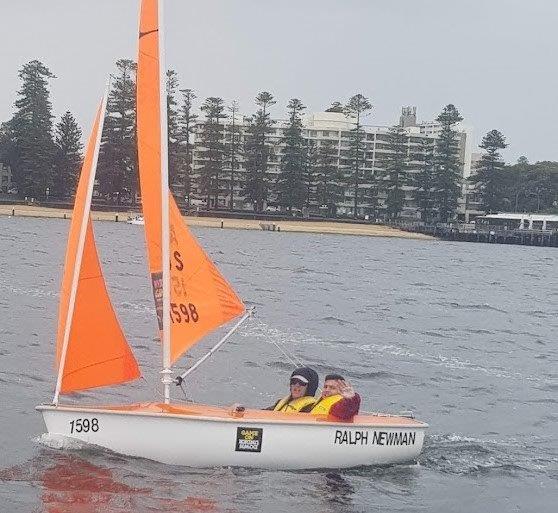 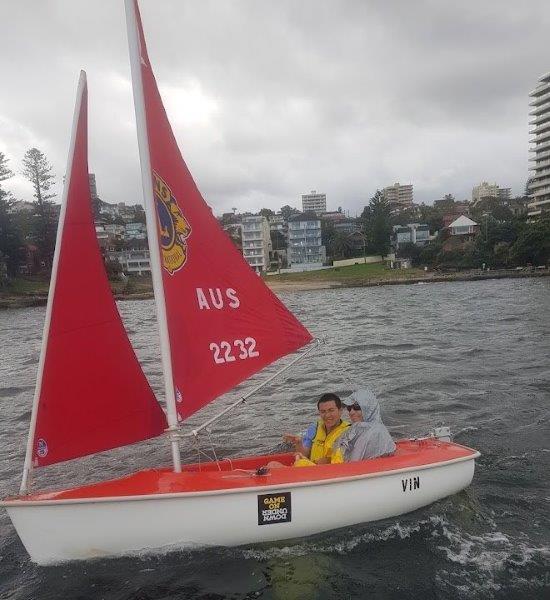