An amazing morning!!!!!. 30 volunteers arrived to help Sailability Manly to take 18 kids from Westmead hospital for a sail as part of their annual Lion’s Club Camp.

7 303’s were rigged, the Support Boat made ready, morning tea and lunch prepared across at the park while the kids were transported from Parramatta to Manly by bus.Photo of our team including Alice applying sunscreen to our guests before taking them for a sail.

A huge thanks to our team: Juliette, Lianne, Chris, Ray, Jim, Denis, Photo of Jack taking a guest for a sail.Peter, Evan, Caroline, Seal, David, Flynn, Helen, Ralph, Jackie, Josh, Jack, Kevin, Nicola, Ivan, Photo of Ivan taking a guest for a sail.Crosbie, Barry, Michael, John, Rowell, Helene, Bastion, Tony, Megan. Most of these managed to get a practise sail before our participants started arriving.

Photo of Jim taking a guest for a sail.Also along for the ride were Oliver, Jonathon, the kids from Westmead: Michael, Billy, Emmanuel, Kayla, Amelia, Natalia, Joanne, Julian, Douglas, Nic, Sarah, Cooper, Jackson, Daniel, Jacob, Capri, Adrian, Ethan. Their helpers were: Yael, Susie, Toni, Tracey, Louise, Adriana. These kids had a great ride in the sailing boats, the Photo of Helene taking a guest for a sail.smiles being a testament to their enjoyment. Some even came back for seconds after they had their lunch.

Photo of Josh taking a guest for a sail.Probably the best part of the day was the wonderful lunch sourced by students from ICMS carrying out their volunteering obligations for their Management Course. Thank you so much Natasha, Stephanie and your wonderful team, that was some lunch, supplied for kids, the Photo of Dennis taking a guest for a sail.Westmead helpers, and the Sailability helpers. Thanks also to Gomez and Gutierrez, who provided the most delicious burritos I have ever tasted. 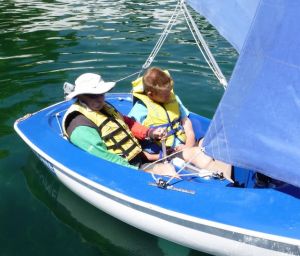 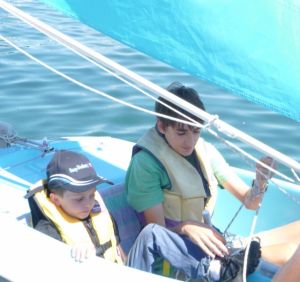 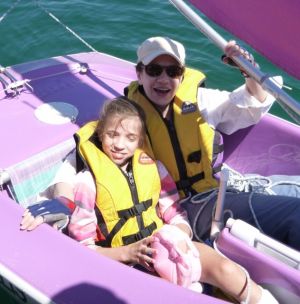 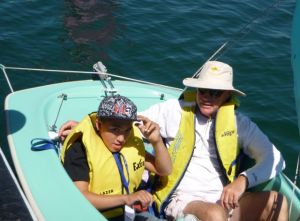 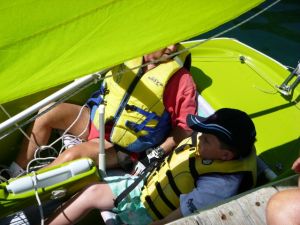 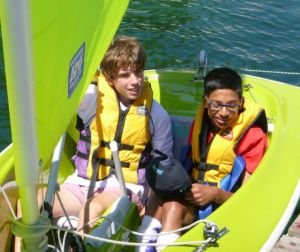 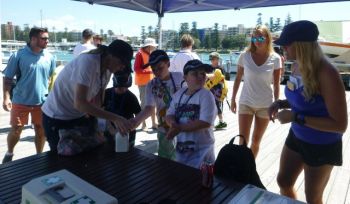