Our regatta was not due to commence until 11.00 a.m., but several members were down at Manly Yacht Club by 8.30 to put it all together. Thank you so much to Ralph, who went across to pick up Charlie’s Chariot, Helen, who brought the lunch, Barry, David, Judy, Denis and Helene, who got the 6 needed dinghies rigged and down to the water. By the time this was done, the rest of the contingent had arrived. A short briefing by Helene reminded us of the courses, and then Pam gave us some pointers about starting times and flags.

Photo of Helen and Ralph on Charlie’s ChariotCharlie’s Chariot had Ralph, Jules ( the photographer), Helen, and new volunteer Samantha who took our videos, while the official start boat, Photo of Brace and Pam on CarlysleCarlysle, had Pam and Bruce. Thank you so much to these people for fulfilling their roles, we can’t race without you.

The race was most exciting for the sailors. There was a strong northerly blowing, and gusting irregularly, as well as a small swell. All positions were well fought, with dinghies trying both sides to get to the windward buoy first. It seemed there were many more tacks needed than is usual in a race due to the constantly changing wind-strength. Once the windward buoy was managed, the other buoys were reasonably easy to manage. In the two races we ran today, the positions did not change.Photo of Judy and Tony with their temporary awards, with Helene, until they go to The Sydney Town Hall to be officially presented with their engraved awards. Judy and Tony came first twice, Photo of Helene and Denis with their medals.Denis and Helene 2nd twice, John and Eli 3rd twice, David and Kate 4th, Ivan and Barry 5th, and Peter and Alan 6th. Our decision on this is that next time we race, there will have to be 3 shorter races, which will even up the competition.Photo of Eli and Helene,

Once the races finished and we were back on the pontoon, it was a quick and easy job to get all boats away, lunch eaten, and prizes presented. Thanks for this has to go to the Lawson family and Yuka who arrived in time to pack everything away and get lunch cooked.

A huge welcome today to Lara and her Mum, new participants who came to watch the race as an introduction to the new activity, and to Samantha and Tomas, who will be new volunteers next time we sail. 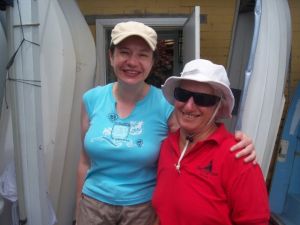 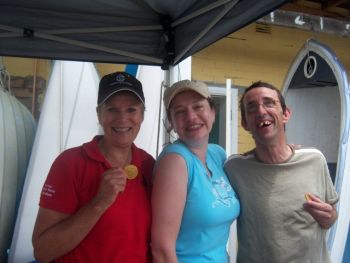 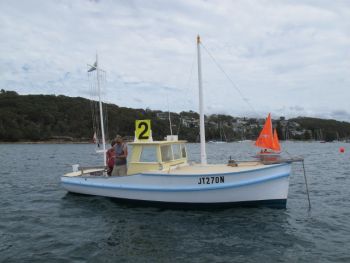 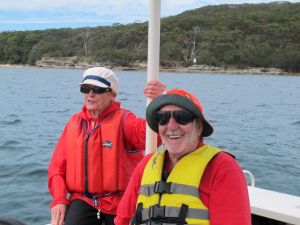 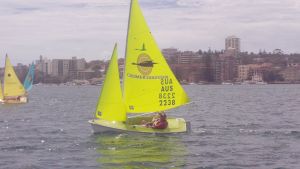 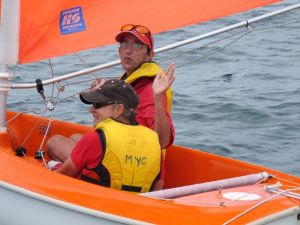 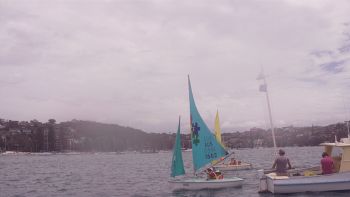 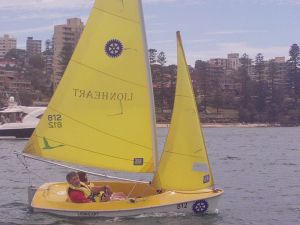 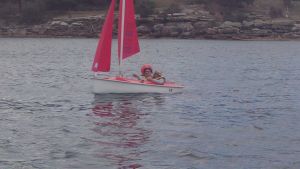