In spite of grey skies and a strong breeze, Sailability Manly took sail this morning with our friends from Royal Far West, Fisher Rd Special School, and SEALS.Photo of Ivan and Shamika in Black Swan

Martia, Emma, Aiden, Shamika, Caitlin, and Vanessa had an early sail, then came back for more, when the Fisher Rd students had gone.

Photo of Fisher Rd Students: Jarryd, Zane, Jake and TomJake, Zane, Tom, Matthew, Jarryd, Ella, Harrison and Russell had a strict timetable to stick to, and managed to get their sailing completed by an efficient system of having the students ready in life-jackets and waiting on the pontoon as the boats came in. Tom managed a ride on the Support Boat, and next time will be brave enough to go for a sail closer to the water.

Stephen and Daniel were the only SEALS participants today, as several of their friends were going off shopping, and these two had chosen the sailing option. Next time, Stephen will have a try on the support boat, as it is becoming difficult to fit him into one of our little 303 Hansa dinghies.Photo of Rob and Daniel in Woody

This was the morning session under the watchful eye of Sailing Coordinator, Ray, Pontoon Manager, Col, Support Boat driver Barry, Observer, Corey. Sailors were: Ivan, Rob, Denis, David, Brian. Helen and Kandy were Registrar and Time Keeper, with help on deck from Rowell, Marc, Phill. Tony was a great help on the pontoon.

Omid and Afsaneh came down for a sail with Peter, and left soon after finishing, as we had a group from Freshwater High Support Group coming down for a sailing lesson.

This is an initiative that has been commenced, hoping to achieve sailing skills for a group of High School Students, who, in a few short weeks at the end of this term will learn some sailing skills culminating in a Regatta early in December. Emily, Jordan, Ben, Amelia and Eddie, will keep the Photo of Amelia from Freshwater and Mike in Dolly Wallis (purple)same teachers that they had today, each week extending their knowledge and appreciation of sailing skills. Today was a lesson in the words needed to sail, and their teacher, Jane will help them to learn these word until the next lesson. As well as the words, some of the students helped with winding up the keels, and putting parts of the boats away. This will also Photo of Martia and Emma from RFW, and Matthew from Fisher Rd in the middle, in Charlie’s Chariotincrease as the sailing skills evolve. Thanks so much Jane and Shirley for bringing the students down. 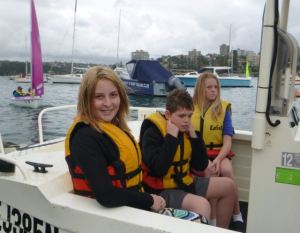 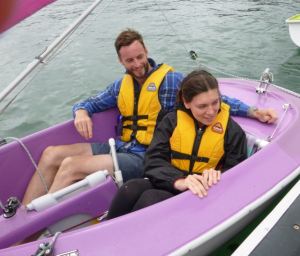 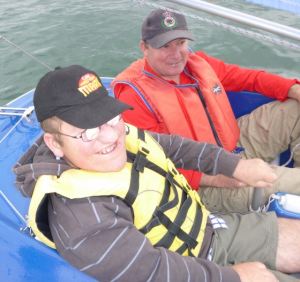 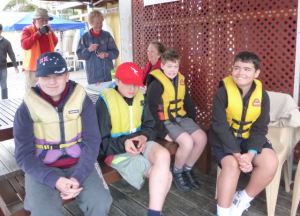 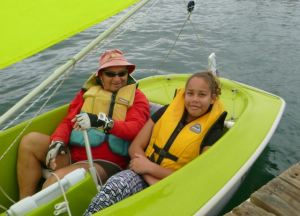