A great day for a Women’s Challenge with a light breeze all day, and Women from every division of Manly Yacht Club. All at the same time, Lasers, Optis, P.J.s Optis and Hansa Dinghies were being rigged and launched from the deck or pontoon, and then sudden silence at the Yacht Club, while the boats made their way to Reef Beach accompanied by support craft and Carlysle. The course was laid, warning signals given, and the racing commenced. A huge thanks to Steven and the start crew, as everything worked so smoothly. Dad’s and coaches stayed out of the way, and the Women of Manly Yacht Club sailed their way around the courses. At the end of each section, there was a busy totting up of results, then back to the Yacht Club for a delicious afternoon tea cooked by Maz.

Sailability had 6 crews out there: Jackie, sailing with Kerry in Dolly Wallis won the race, followed by Helene, with Anna, Photo of Helene and Anna in Woodysinging songs from Sound of Music as they sailed in Woody. Third Photo of Jacinta and Ariane in Vinacross the line were Jacinta and Ariane in Vin, then Samantha and Kerry in Lionheart. Isabella and Tessa were next in ING, Photo of Isabella and Tessa in INGand Caroline and Jayme-Ann came home in Alex.

Photo of All of the fleets spread out across the horizon

Charlie’s Chariot crew was Barry, Denis, Amir, and Eli. A very special thanks to Mal, who came early to help with the rigging, then came back later to de-rig, and also a HUGE special mention to Barry, who came down at 8.00 a.m. and managed to get all 7 of the boats out, and the rigging organised before anyone else appeared. An EXTRA HUGE THANKS also to Helene, who took on the challenge of organising this race, and managed to get 6 Hansa Dinghies on the water with crew at the right time, in the right place.

Our job for next year? Get all seven boats on the water with crew so that we can regain our status as largest One Design Fleet. 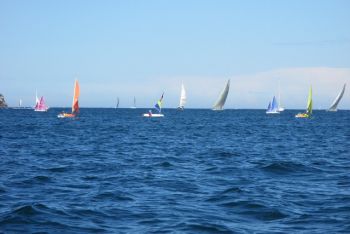 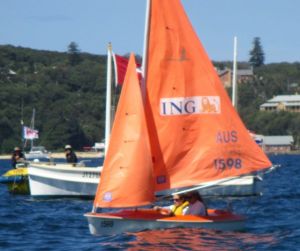 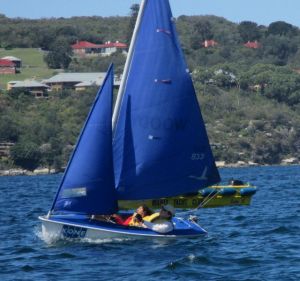 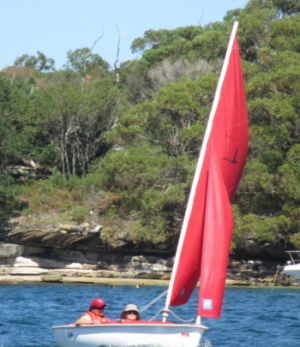