The weather was perfect for a Sailability Sailing day, with a slight cloud cover, reasonably cool, and a steady south easterly. There were a few drops of rain, but nothing that could disturb the spirits of our helpers and participants.

Thank you so much to Barry, Boat Operations Manager extraordinaire, David W, our pontoon manager, Helen on the desk, and to riggers and sailors John B, Karen, Kandy, Ibuku, Yuka, John G, Tony, John C, Phill, Ivan, Jim, Denis, Peter and Brian, and later on, David Grinston. I have to say it, the perfect team!!! They exchanged roles with panache, making the day run smoothly for everyone. Ray was the time keeper, and an exemplary job he made of this.

John Gray picked up Charlie’s Chariot from the mooring, and, with Corey as observer trailed the 9 students from Royal Far West. Most of these guys had a short session in Charlie’s Chariot, as well as a sail. Thanks for being so cooperative, Ella, Jiah, (whose parents watched in amazement and delight) Jeremy, Beau, Jacob, Grace, Noel, Nick and Wade. We are truly sorry to say good-bye to Beau, who has been coming sailing for the last 7 years or so, and is now moving to W.A.

There were 12 students from Truscott St this morning. Our little ones from last year are really growing up and becoming a lot more independent. These are Jin, Max, YuYu, Abby, Samantha, Gabriel, Photo of John C and Mustapha (in car-seat) , Mustapha, Matthieu and Liam. The new students who have just come in this year sailed in the comfort of a parent’s or helper’s arms. These are little Liam, Photo of Sion, Mischi and Ivan in ING, Sion, Harry, Photo of Millie, her Dad and Ivan, Millie and Alec. Ryan and Photo of Samanytha, Ryan, Mischi, Sion in Charlies Chariot,Samantha just had a ride in Charlie’s Chariot, getting rid of their Panicosaurus’. Hopefully, their bravasaurus’ will be with them next time. Thank you helpers and parents, you really made our day.

The most patient little group on Earth, that is what we will call the group from St Ives MAPS. There were 7 of them, Photo of Oliver, John, Michael in Charlies Chariot, Oliver, Elias, John, Photo of Brian and Shara in Woody, Shara, Photo of John Baker and Jessica.Jessica, Leslie, Leesa. They waited until everyone else had had their turn, and then had the most perfect ever sail or trip on Charlie’s Chariot, or both over the calming waters of Manly Cove. Thank you also to the helpers of this group, Michael and Carrie, who kept an eye out and fed the group while they were waiting.

It didn’t take long to wash the boats and put them away with so many willing helpers. We all voted it the best day ever. 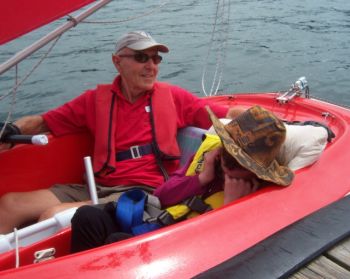 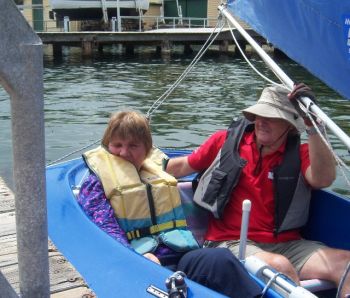 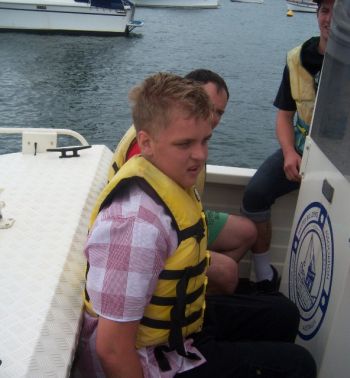 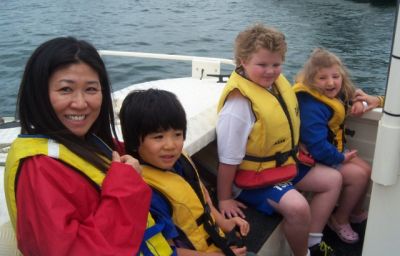 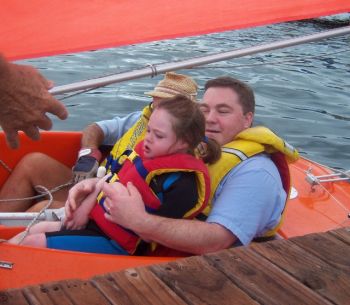 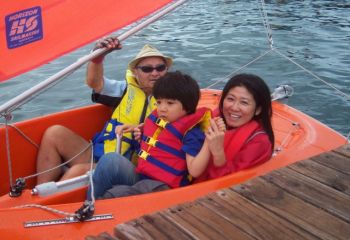 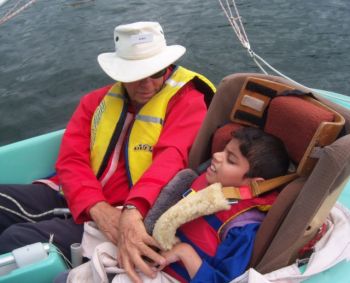