What a good crew we had today to give pleasure and a sporting experience to a small group of participants. John was the Boat Operations Manager, ensuring that all boats were correctly rigged, Barry the Pontoon Manager, helped by David W.,Photo of our 3O3 dinghies Black Swan, Alex rear left and TH ING rear right Nancy the Registrar, Helen the chef, with Sue and Jenny, Ralph on Charlie’s Chariot with observer, Chris, sailors Ivan, Mal, Jim, Vince, Jack, Bob, Peter, David G, Denis, and Steve. Later in the day, John took over as Support Boat Driver, with Jacinta as trainee driver and Ray as observer. Extra helpers were Lianne, Ariane, Ros, new volunteer Gail, Tony, and helpers of participants; Prue, Peter, Lars and Sue. We also had visitors who may turn into helpers; Ray and Ben. Jannie arrived a little later, just in time to take Jess for an extra sail, and be a fresh pair of hands for helping put boats away. So, there were plenty of learners and teachers, making it pleasant for everyone.Photo of getting the boats rigged.

Our participant sailors today were Megan, Alan, (trying his hardest to sink Clea, but it won’t sink, Alan, however much water you get into it.) “I’ll remember to let the main off, next time!! – Al” Matthew, Jonathan, Jon, Maureen, Judy, Craig, Noah, Photo of Noah with his new uncle, Mal.Sofia, Jess, (from Dubbo, in Sydney for a Dragon Boat Race) Sam, Vanessa, Luca, Sophie (from Inala).

It was a perfect sailing day with light winds and plenty of sunshine. A lovely way to spend a Saturday morning. 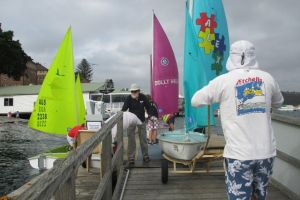 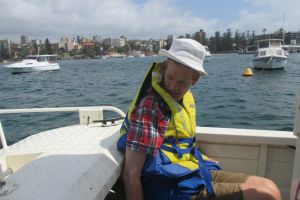 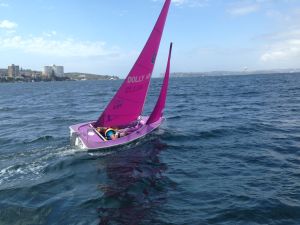 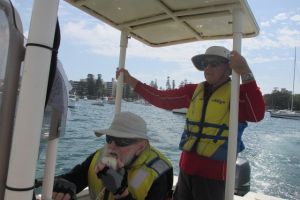 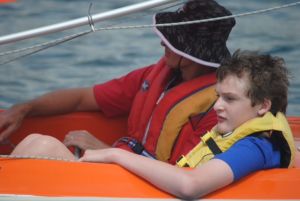 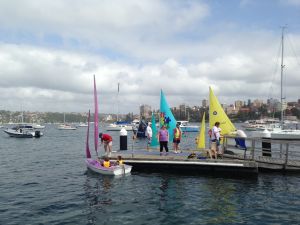 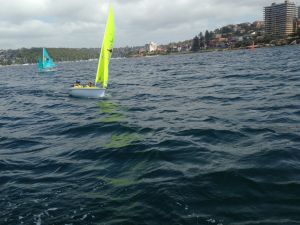